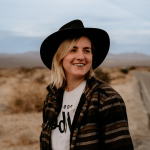 Grand Canyon: What to do as an original and unique experience?

Who has never dreamed of the American dream, the country where everything is possible? I myself dreamed of it. Inspired by my father, driving along Route 66 in a Harley-Davidson and admiring the Grand Canyon from above was one of them. I was lucky enough to be able to live these experiences, let me tell you.

The questions I will answer in this article:

Settled for more than a year in Arizona, I discovered the Grand Canyon during the different seasons.I literally fell in love with the Grand Canyon under its blanket of snow.In addition, it is a wonderful season to visit it without being overwhelmed by countless visitors.

1. How to reach the Grand Canyon from Phoenix by car?

You have arrived at phoenix airport. If you are looking to rent a car, I advise you to go through Enterprise, directly from the airport. You should know that it is often difficult to rent a car when you are young (21-25 years old) in the United States. Personally, I have always gone through Enterprise for all my rentals, they do not charge exorbitant fees for young people.

Once the vehicle is picked up, head to Flagstaff by taking Interstate-17 (also known as I-17). Allow 2 hours for the trip. You will go from the cactus desert to the pine forests.

When you reach Flagstaff, feel free to visit the city center. A stone’s throw from the latter, you can find the mythical Route 66.

We slept in a clean Airbnb, at a decent price while being close to downtown Flagstaff. I chose this Airbnb so I could walk downtown, have a drink in the evening and avoid having to park in Flagstaff.

3. The budget for this day at the Grand Canyon

To conclude, this day was one of the most intense in emotions.Coupled with magic and sensations, this Helicopter and Harley-Davidson combo would bring down more than one.

Video summary of my day in Harley-Davidson at 3min36!